🐛 For Caterpillars Seeking The Butterfly Within 🦋

The Process of Divine Healing, is a Timeless Journey

“Only the strongest of souls can bring light into darkness, wisdom into lacking and love to replace hate, for they have mastered the lesson of mortal suffering and have risen to the challenge of service.” ~ Soul Mysteries

“There is no God, but God” ~ Prophet Muhammad peace be upon him

“Be generous in prosperity, and thankful in adversity. Be worthy of the trust of thy neighbor, and look upon him with a bright and friendly face. Be a treasure to the poor, an admonisher to the rich, an answerer of the cry of the needy, a preserver of the sanctity of thy pledge. Be fair in thy judgment, and guarded in thy speech. Be unjust to no man, and show all meekness to all men. Be as a lamp unto them that walk in darkness, a joy to the sorrowful, a sea for the thirsty, a haven for the distressed, an upholder and defender of the victim of oppression. Let integrity and uprightness distinguish all thine acts. Be a home for the stranger, a balm to the suffering, a tower of strength for the fugitive. Be eyes to the blind, and a guiding light unto the feet of the erring. Be an ornament to the countenance of truth, a crown to the brow of fidelity, a pillar of the temple of righteousness, a breath of life to the body of mankind, an ensign of the hosts of justice, a luminary above the horizon of virtue, a dew to the soil of the human heart, an ark on the ocean of knowledge, a sun in the heaven of bounty, a gem on the diadem of wisdom, a shining light in the firmament of thy generation, a fruit upon the tree of humility.” ~ Baha’u’llah. That is the true and sacred journey of soul, where love is always, for love is the eternal call of soul.

Infinity is not a destination, for you are infinite dear soul ~ Soul Mysteries 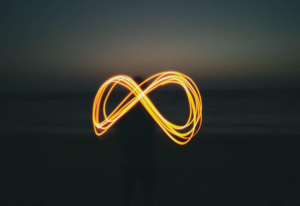 Mortality is an incredible privilege, when we accept the frailties of the mortal condition ~ Soul Mysteries

One thought on “(1) The Wise Man, Leaves and Stardust”